A lucky man in Newport Beach California has become the first owner of the Lamborghini Centenario. Currently, one of the rarest supercars in market, only 40 will be produced, the Centenario wears a hefty $1.95 million price tag. The first Centenario in US is a customized black and blue hardtop version and is quite a smasher with Blu Nethuns accents on black glossy carbon fiber body. The interior is also laid out with similar black and blue theme. 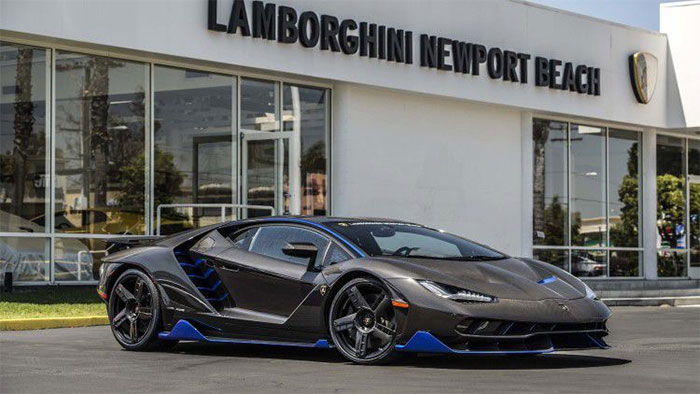 Lamborghini is acting on its promise to hand over the Centenarios to their owners by the end of 2017. Rest of us can witness this technical marvel in Transformers The Last Knight as the Hot Rod.