A 62-year old fitness club tycoon, Wittensberns, recently crashed his beautiful yellow painted Lamborghini in the city of Delray Beach and is blaming everyone involved in the accident including the city itself, the ride hailing service and even the 82-year old J. Gerald Smith who passed away. 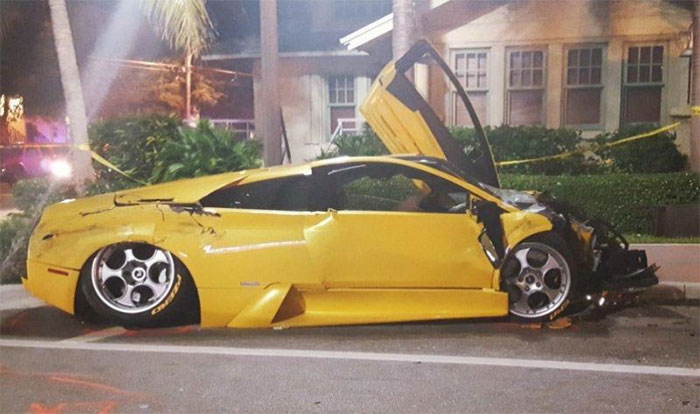 The incident took place at 4:36 p.m. Sept. 21, 2016, when Wittensberns crashed his Lamborghini Murceilago into Smith’s Buick Enclave in the intersection of Federal Highway and Northeast First Street. Surprisingly, moments before the accident, Wittensberns was found to be drinking at the nearby downtown Delray Restaurant.

Police report indicates that Wittensberns was driving over 75 mph and had consumed alcohol twice the legal limit. However, Wittensberns filed his case in the civil court claiming that the deceased Smith ignored the stop sign and violated his ‘right-of-way’. Moreover, Wittensberns also claimed that the city is responsible for not fixing the dangerous intersection.

Talking to the police, Wittensberns mentioned that he was probably going at 30 mph but investigation revealed that his Lamborghini was at least going at 75 mph when it crashed into Smith’s SUV. After crashing into the SUV, the Lamborghini hit the nearby parked Mercedes as well.

Wittensberns is currently on house arrest at his luxurious mansion.

Previous PostOld School Hot Hatches - Where are they now? Next PostTesla Model X had Autopilot on Before Deadly Crash