Maserati’s latest SUV, the Levante, has been pictured sporting a new, lighter camouflaged bodywork. Whilst the actual design is still under wraps, the prototype has revealed more about the front-end styling to be expected.

Compared to other models, the new 2017 Maserati sports a more distinguished look with a well-sculpted bonnet, tapering roofline, and large air intakes at the front. There are some similarities between the Levante and the Gran Turismo, Ghibli, and Quattroporte however. Its tail light clusters and quad tailpipes appear to follow the same familiar design. 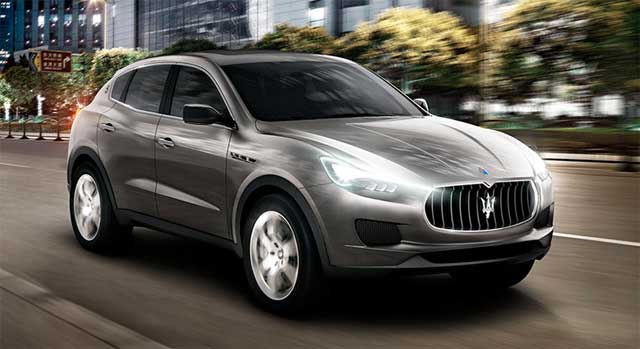 Unlike the other SUVs in the Maserati collection, the Levante is focused more on luxury performance than off-road capabilities. As mentioned on the Maserati website, actual specifications haven’t been released to the public yet. However, it’s rumored that the car will be able to hit 0-60mph in under 5 seconds.

In its latest outing, the camouflaged model was being winter tested to see how well it performs in colder conditions.

A slight glimpse into the interior

While admittedly not much could be seen of the interior, the spy pictures did give some significant insights into what to expect. These pictures could be sent through the picture editor and totally relying on it would not be wise. Most notable is the addition of what seems to be a drive mode selector. This suggests that there could be an adjustable air suspension.

It is similar in design to the Quattroporte and the Ghibli, though on either side of the infotainment screen, there are additional air vents.

Although nothing has officially been realized about the powertrain options of the Levante, a Ghibli-inspired 3.0 liter twin-turbo engine V6 with both 345hp and 404hp is expected.

There’s also the potential for a 4.0 liter twin-turbo as seen in the Quattroporte, which is going to be needed if the manufacturer wants to truly rival the Porsche Cayenne. It’s also thought that all-wheel drive will be added to each variant.

Sales of the Levante crucial to the brands success

Maserati has revealed that the sales of the Levante are crucial to the company’s plans to grow the brand. The manufacturer has set a goal to increase sales to 70,000 by 2018. For this reason, they have put their all into the development of the Levante model.

Overall there is a lot of excitement surrounding the Levante and it is expected the model will be revealed at the Geneva Motor Show 2016. Produced in the company’s Mirafori plant, it is constructed from 100% Maserati parts. That has helped give some idea of the type of specifications to expect.