The Italian automaker has launched a series of special edition Huayra, which is exclusively designed and developed for the Chinese market. Named as Dinasta Edition, this limited edition series will feature only three cars that will be offered at the Pagani China Automotive Limited (PCAL). 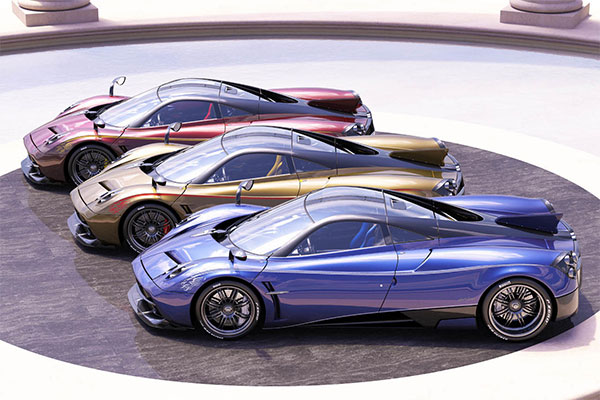 All three Dinasta Edition Huayras are inspired by the Chinese Dragons. The one signifying Baxia (the water dragon) is painted in Blue Carbon. Similarly, the other two cars embellish Yazi (the warrior dragon) and Chiwen (the protective dragon of fire and rain), appearing in Gold Carbon and Red Carbon exterior, respectively.

All Huayras are built with twin-turbo 6.0 liter V12 engine, which is manufactured by Mercedes’ AMG and produces 720 horsepower and 1000 Nm torque. On the other hand, the gearbox features a seven-speed sequential cross transmission that weighs around 96 kg. 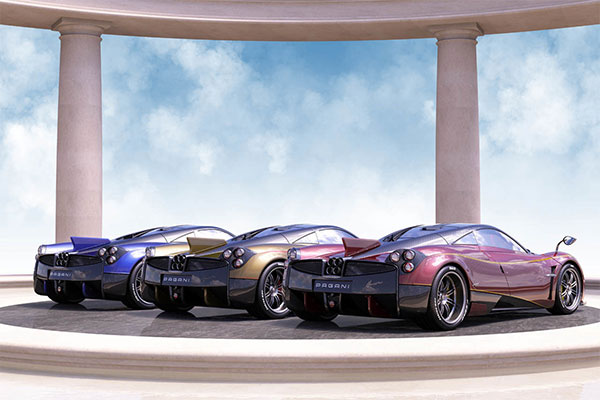 Launched in 2012, Pagani Huayra is a mid-engined sports car that was introduced as a replacement to the outgoing Zonda. The automaker has planned to manufacture not more than 100 units under this nameplate. Before the Dinasta Edition, Pagani has already produced one unit of La Monza Lisa edition. Besides that, the 730 S is another custom Huayra, which is currently under development.