Steve Saleen, owner of Saleen Automotive, is famous for transforming monster Mustangs. This time he has surprised the audience with Tesla FourSixteen, an Electric Vehicle, which made debut on the Pebble Beach Concours d’Elegance this year. Steve said at the car’s launch that he believes Electric cars are not a fad, but the future of automotive industry. 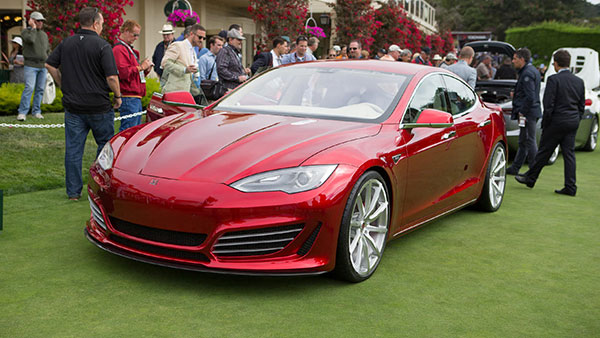 FourSixteen is a modified Tesla Model S, which itself is a surprisingly fast vehicle with an acceleration of 60mph in over 5 seconds. The horsepower of the FourSixteen Tesla is the same at 416, but a revised final gear ratio makes its swifter. Improvements have been made to transmission, suspension, and exterior and interior design of the car. These changes have been made to reduce the rotational mass and improve the aerodynamics and chassis dynamics.

With its acceleration of 60mph in mid-to low four-second range and its luxury sports car outlook, this car has the potential to challenge a number of supercars. The company claims it can “drive the streets of Monaco and set records at Laguna Seca.” The car is up for sale at a starting price of $152,000. The company takes up to 6-8 weeks in delivering the car.