Scion, the American subsidiary of Toyota Motor Corporation has just revealed improved dynamics for its upcoming models, 2015 FR-S and 2015 tC. The company has also specified the prices of different variants under each of the two models.

The 2015 Scion FR-S comes with a lot of modifications that would enhance the driving experience. Being specific, it features better handling and stability along with improved damping. Other adjustments include the shark-fin antenna instead of the pole antenna, larger exhaust tips, updated interior panel, innovative key design and auto on/off headlights. The company has given no word on the powertrain, which means that the 2015 version will be having the same 2.0 liter boxer engine. The said price of the new FR-S manual transmission is $24,900 while that with an automatic transmission costs $26,000. Astonishingly, these prices are not much different from the prices of 2014 Scion FR-S. 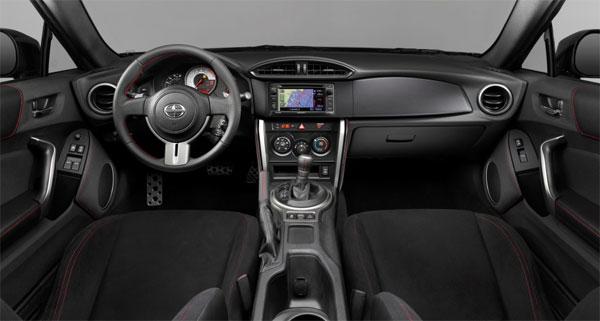 On the other hand, the 2015 Scion tC having automatic transmission includes paddle shifters under the steering wheel. The company has also communicated that Cosmic Gray and Blizzard Pearl colors will replace the Classic Silver and Super White, respectively. The announced prices for this sports coupe are $19,210 and $20,360 for manual and automatic transmission versions, respectively.