Rick Flick of New Orleans Banner Chevrolet a most familiar partner of Flick’s Family and this partnership broke in 2005 when storm destroyed everything but now they decided to comeback with Flick’s family that was a 40 years partner in the back years. In the Award ceremony on behalf of Chevrolet that was an official sponsor of the Super Bowl XLVII MVP Award. Flick presented a 2014 Corvette Stingray to Joe Flacco due to his effort leading the Baltimore Ravens to a 34-31 win over the San Francisco 49ers.

Banner Chevrolet and the whole city of New Orleans gave him credit and the GM U.S marketing and sales said that we had not any other option than the better guy to give the honour of awarding the MVP with Corvette Stingray. Banner Chevrolet was the only dealership in the whole United States that faced the largest losses recorded and now completed a massive multimillion dollar renovation with state of the art technology. They had lost 650 new Chevrolet and 120 pre-owned vehicles during the Katrina but it is very successful thing that after a great loss they are a part of this community. 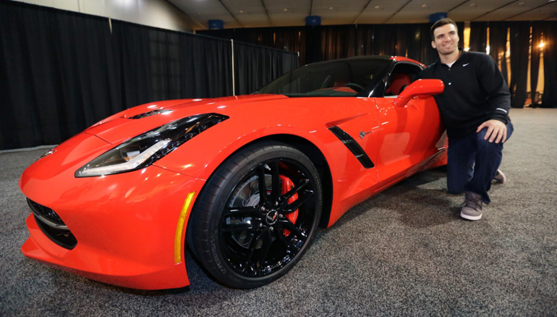 The 2014 Chevrolet Stingray has very powerful and standard features with 450 horsepower and 450 lb-ft of torque, its all interior and exterior features have standard qualities that give it more fuel efficiency and best performance.