The new Tesla Motors S Sedan, the world famous electric car, sedan, has successfully completed its cross country rally within the lowest time out of all other electric cars, thus, making the new record of crossing the United States within a very small time period. The model is designed with the strong specification for the electric sedan ever made. The powerful 416 horsepower engine with 310 kW with 600n-m torque makes it really a stunning car of the year.

The model offers the lowest Drag Coefficient in the market, thus, making it capable of beating the cross Country rally. The test revealed that the model has offered the mileage equivalent to the 89 MPGe, or 2.68L per 100 km, making it a highly efficient electric car model yet. The model is equipped with the striking, powerful 85 kWh battery giving the ultimate drive over the 510 km in one full charge. However, the claim by the Tesla Motors is a bit higher from these results. The battery has more than 7000 Li-ion cells for making one full 85 kW battery pack. The ultimate technology of the Tesla Motor provides the influential charging system offering the full charge for the its 85 kWh battery within just 30 minutes of time, making it fit for intercity usage as well. 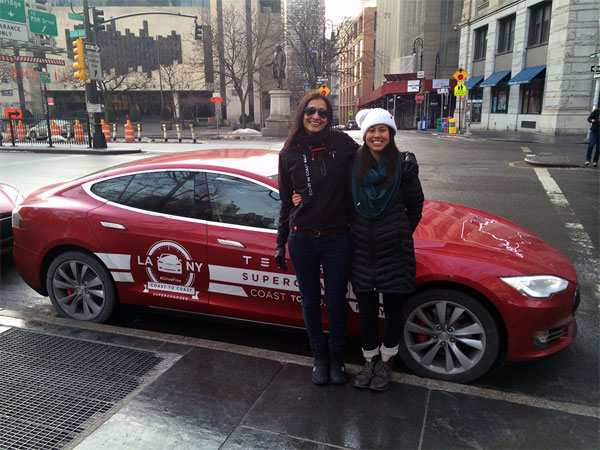 Apart from this, the integration of the modern gadgets including the LCD touch screen control panel and the enormously amazing connectivity makes it highly stunning model among all the electric cars made till now. Interestingly, the safety ratings for the Tesla Motors S Sedan model is full 5 stars for all the compatibility and crash tests, including the front driver, front passenger, side driver, side passenger, side poll driver and rollover.. This makes it a highly wonderful car that the future generation would be in the need of.