The Latest Car Technology from Today and the Near Future

It is human nature to be curious about the future and to try and imagine what sort of technology will exist when we get there. This has been demonstrated in many films from Blade Runner to Minority Report. What we have found, however, is that our predictions are rarely accurate. Take the flying cars in Back to the Future II (set in 2015) or the voice-controlled, driverless cars in Timecop (set in 2004). It is fair to say that, in the past, technological advances haven’t quite kept up with our imaginations. However, as progress in tech speeds up exponentially, this gap is certain to diminish. For the time being though, let’s set our sights a little closer to home. 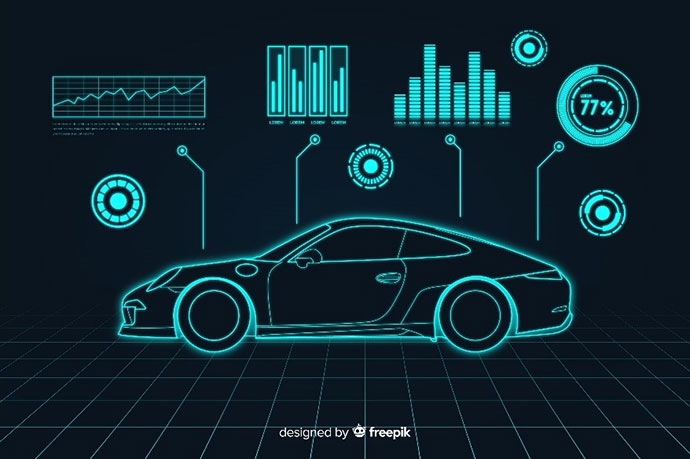 Most people will be aware of the introduction of electric vehicles into the marketplace and that the testing of driverless cars is being carried out throughout the world with varying levels of success. Also, in-car features such as Bluetooth and parking cameras are quickly becoming the norm. However, here are some features that you may not be so familiar with which are either already here, or are possibly just around the corner.

According to Engineering and Technology, Jaguar Land Rover is creating an AI based system which will use driver-facing cameras and biometric sensing to detect if the driver of the vehicle is stressed. The environment within the car will then be adjusted accordingly (for example, via ambient lighting and music) to help achieve a state of calm. The British manufacturers hope that this technology will help empower drivers in situations such as congestion and monotonous motorway journeys. Hopefully we will soon see similar tech introduced in both the home and work environment!

The Steering Wheel with Temperature Instructions

Another feature which Jaguar Land Rover is testing with Glasgow University, which was stated in Car magazine, is a steering wheel which uses temperature to inform drivers when to turn. For instance, if a sat nav indicates that a corner is approaching or if there is a warning that there is an obstruction in the road, the steering wheel will change temperature to provide a thermal cue to alter direction. The idea behind the tech is to reduce the amount of time drivers need to take their eye off the road, but what if you are wearing gloves? Is this tech likely to come to fruition? It sounds far-fetched, but you never know!

No-one likes being caught out by the rain. A sudden shower that soaks you through is enough to put a blight on anyone’s day. That’s why a recent article from Techradar is so welcome. It reports that the new VW Jetta GLI uses the Car-Net app to not only perform basic functions, like remote door locking and parking location, but also to provide a weather warning when rain is on its way. This provides the driver with an opportunity to close the sun roof…and possibly get the washing in when they get home!

There is a large gap between what we think of as ‘cruise control’ and automated driving. A greater number of drivers would prefer a balance between using tech which makes driving safer and less stressful, and retaining a certain level of control. This is where responsive cruise control and braking comes in. New cruise control technology uses sensors to adjust the speed of the vehicle to maintain a safe distance with the car in front. As well as this, automatic emergency braking (AEB) also uses sensors to predict when a forward collision is going to happen and automatically applies the brakes to avoid a crash or at least minimise the severity. According to KBB, the auto industry has agreed to make AEB compulsory by 2022.

There are many films from Iron Man to Minority Report that show characters gesturing and manipulating projected data and imagery in mid-air, rather than on a physical screen or computer. Although we won’t be swiping right in our cars any time soon (as we have to keep our hands on the wheel!), head-up display (HUD) technology promises the projection of clear, vivid information on our windscreens to avoid us having to taking our eyes off the road. This will include customisable displays with various options, including vital statistics such as petrol levels and directions, to music playlists and incoming calls.

Flexed offers the leasing of cars with the latest tech to both personal and business contracts. They do so with one goal in mind – to make the whole leasing process as easy and as smooth as possible. 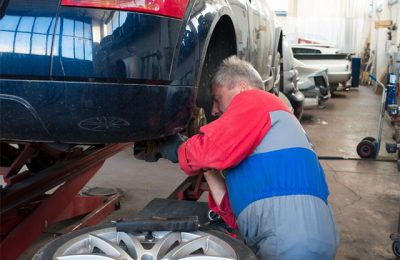 Car Maintenance: 10 Tips for Getting the Most Out of your Motor 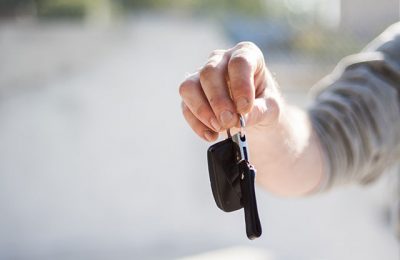