The MINI decided to launch its Bond Street the most exclusive car in March 2013 with uniqueness of exterior and interior features, MINI presents this new Clubman limited edition model named after London’s most famous high-end shopping street, This Bond Street will be on sale for a limited time only. Its exterior features are eye catching including contrasting roof, exterior mirror caps, bonnet stripes; lower sections of the C-pillars, Distinctive light-alloy wheels, a twin spoke 17” design in black with a highlight being the trim ring around their edge in cool champagne, side indicator surrounds and sill protection strips on the doors. 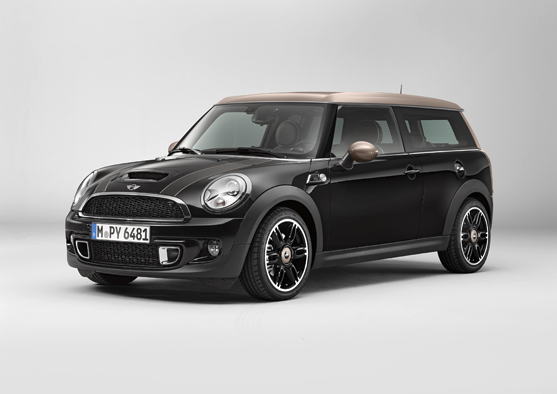 Its interior features are also impressive like lounge leather sports seats are finished in Carbon Black with contrast piping and stitching, the Chrome Line interior package adds the final flourish to a highly distinctive and truly premium cabin ambience. This new MINI design has four engine variants according to the market like 90kW/122 horsepower Cooper Clubman, 82kW/112 horsepower with MINI Cooper D, The MINI Cooper S Clubman 135kW/184 horsepower and MINI Cooper SD Clubman 105kW/143 horsepower. These all engines link up as standard with a six-speed manual gearbox and six-speed automatic transmission. 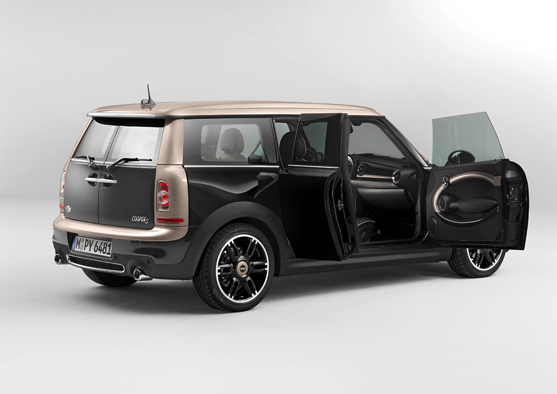