Dubbed as Deep Orange 7, sixteen young engineers from Clemson University International Center for Automotive Research (ICAR) designed an imaginative Mini Concept of 2025. They were helped by California’s ArtCenter College of Design in this endeavor.

It is a rear-engine, rear-wheel-drive MINI Cooper that resembles to Mini Vision Next 100 Concept introduced at the 2016 BMW Group’s centenary. What makes it different is a modular carbon-fiber body made of 4 big parts exclusive of a standard unibody. The floorpan is designed such that it can be remodeled to create any body layout including two-door, four-door, and convertible body styles. 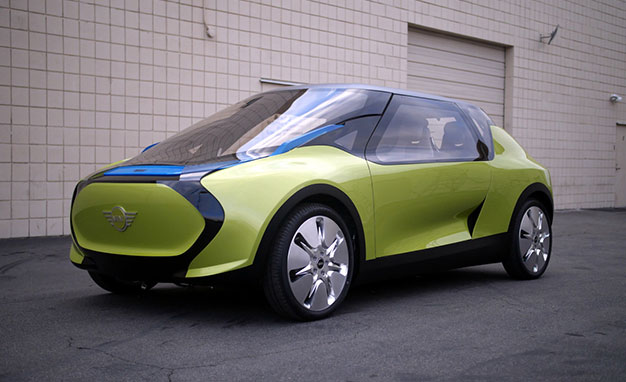 There are some trendy features too including the retractable windshield canopy and digital paint allowing electric tinting of the windows and body paint. Additionally, it has the Mini Parking Marshal, which employs the Mini’s rear parking sensors to warn incoming motorists in case they come too near the parked Mini. Another stopping sign is flashing of the taillights, which illuminate as a vehicle advances from rear.

This is not the first time we saw a futuristic concept car from graduate students, previously we saw BMW, Toyota, Mazda and Chevrolet concepts from engineering students of Greenville, South Carolina.