You might think that it sounds like something you might have seen from a futuristic cartoon series like The Jetsons back when you were a child, but one of the most exciting (and very futuristic) things to take the motor industry by storm are autonomous cars.

Also known as driverless cars, autonomous vehicles are very much a futuristic way of travelling across the roads of Britain and beyond.

What exactly are autonomous cars?

In a nutshell, autonomous cars are a way of being transported in a car with little to no input from the driver.

As you know, at the moment a driver has to make all driving decisions for a car, but with autonomous cars those decisions are made for the driver by a computer system that is capable of processing all sorts of complex algorithms and calculations to determine things like stopping distances, speed and the amount of steering needed to turn the car into a particular direction.

An autonomous car’s built-in computer is able to make those decisions thanks to a number of different cameras and sensors located all around the car, and can be likened to radar in some ways. 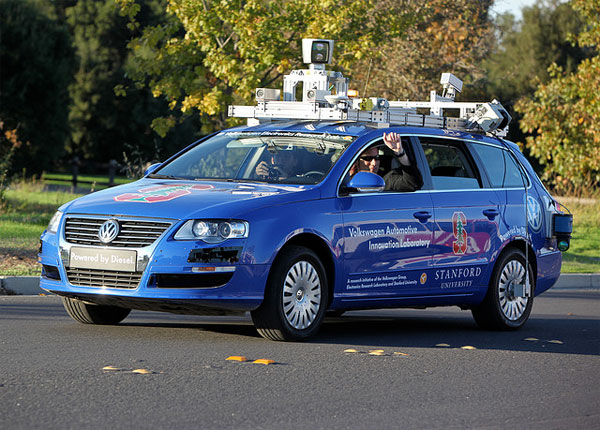 Why do we need autonomous cars?

The problem with human drivers is that we aren’t always capable of making the best driving decisions when we are out and about in our cars, and many human factors can cause errors of judgement.

For example, if we as drivers are tired, not concentrating on our driving, or are foolish enough to drink alcohol before we get behind the wheel of our cars, the decisions that we make whilst we are driving can sometimes be impaired, resulting in accidents and collisions – some of which have fatal consequences for us and third parties.

Because a computer would be making the decisions, they are not going to be susceptible to emotions, distractions or the negative effects of alcohol and as such can make the best driving decisions for any given situation or conditions.

If we all drove autonomous or self-driving cars, accidents would pretty much be a thing of the past; excellent fuel economy could easily be attained, and we as humans wouldn’t need to prepare ourselves for driving as we have to today.

How far are we with autonomous car technology?

Car manufacturers and leading technology firms with a vested interested in the autonomous car industry have been making good progress with developing systems that could be used in cars that we buy in the very near future.

The Hilton car supermarket Birmingham believes that we are only years away rather than decades away from being able to buy autonomous cars. At the moment, the only things that are causing the technology to not be available today are cost and government legislation.

Being quite a young technology, car safety experts, carmakers and government officials want to make sure that autonomous cars on public roads will benefit motorists and pedestrians alike, and not hinder them.

Over in the United States, search engine giant Google has been making great headway with the technology, and the city of San Francisco has even allowed their vehicles to be tested on public roads. So far, the only incidents that have occurred with their driverless cars have been when a human was controlling the car rather than the computer systems retrofitted into them.