Audi, the world’s second largest luxury car makers, plans to expand its number of models from the present 49 to the ambitious 60 by 2020. One of those new arrivals will be the broad based Q1 SUV, which is supposed to be their new addition to the already successful line of models of the Q family, especially the Q5. This new model will be rolling off assembly lines by 2016 from the German brand’s factory near its headquarters in Ingolstadt.

The Q1 is rated as an entry level SUV, with the naming suggesting the same principle giving its proposed standing in the Q family. Potentially, there will be a range of engines on offer under the new model with a 1.4 litre cylinder kicking off things, followed by a 1.6 litre diesel. A six speed manual transmission is likely to be the standard in the Q1, with a possible 10 speed DSG gearbox as an extra up as an option. 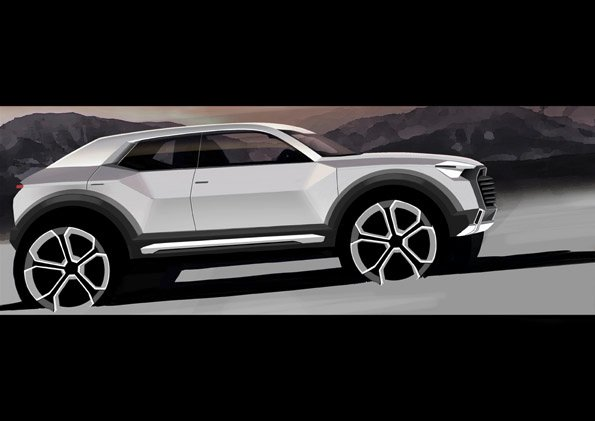 Judging from the press release issued by Audi, it seems that the automakers plan to hit two birds with one stone. The move is seen as a boosting factor for the Ingolstadt factory in order to ensure the production line keeps working to its full capacity. The company plans to increase its production of SUVs from the 28 percent figure of this year to 35 percent by 2020. The Q1 is planned to go out on the market to support the booming Q5, which is already on the rise in sales and without a doubt the head of the Q family.