Bentley Motors has revealed the very first teaser image of what is expected to be one of the finest vehicles produced by the famous automobile manufacturer – the Bentley SUV. The car will be made available for sale somewhere in 2016.

The British carmaker has produced some exceptional cars in the past, but according to the company, this will be an unrivaled sport utility vehicle, setting a target of at least three thousand sales a year.

The rumors have it that the base price of Bentley SUV 2016 will be around $270,000, which is extraordinary.

The specifications of the vehicle have not been made publish as yet, but I believe, it will hold a standard V-8 twin turbocharged engine. W-12 engine might be optional for customers looking for improved engine strength. 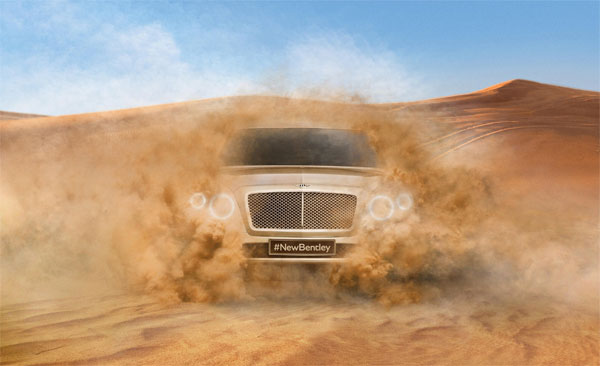 While addressing a press conference in London, Dr. Wolfgang Schreiber, Chairman and Chief Executive of Bentley Motors, said that he is extremely confident about the success of this model, and it will turn out to be a trendsetter in the SUV market.

I will keep you updated as soon as the exact specifications are released.