Having given final touches to the vehicle, the BMW Group is all set to start delivering the BMW i8 to European customers in June, 2014. The popular automobile manufacturer will organize several public events in various countries before the official launch of the much-awaited car.

The production of cars will begin next month as BMW Group initiated to take pre-orders last year. As per the claims of company, the pre-orders have already exceeded expectations.

After receiving feedback from different parts of the world, BMW engineers have further enhanced the driving performance and fuel consumption of the car, as revealed initially in 2013. The BMW i8 can easily go from zero to 62 miles per hour in merely 4.4 seconds.

This amazing car offers exceptional average fuel consumption of 2.1 liters per 100 km according to the EU test cycle, while the approximate electricity consumption is just 11.9 kWh per 100 km. BMW is confident that the i8 will provide better fuel economy on road comparing to what was achieved during testing. 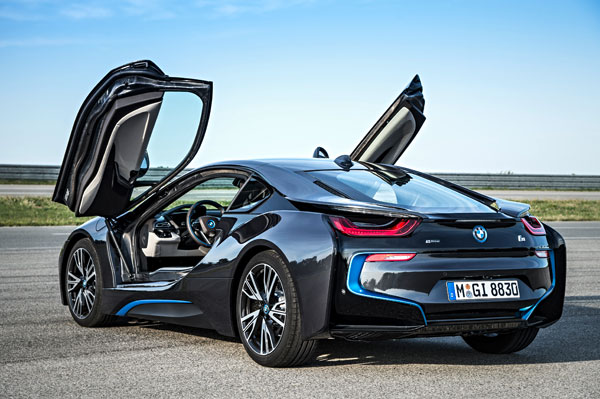 It is worth mentioning that the BMW i8 will become the first production car of the world offering laser headlights, which will consume 30 percent less energy comparing to standard LED headlights.