How Motorsport Controls The Narrative Of Design In The Car Industry

Right now in the car industry, there seems to be an ongoing renaissance regarding design and the entire ethos of what the everyday car and supercar should be. Quite clearly, there is a resurgence of motorsport technology that’s hitting the streets in many forms, with the sole aim of making cars safer, more user-friendly, and quicker. You could argue that the reason why such advances have taken the consumers’ interests by storm is because the technology simply wasn’t there to satisfy customers not more than a decade ago. Since the days of the turbo era in Formula 1 coming to an end in the early 90s, there seemed no need for forced induction packages to be manufactured for the consumer market.

After all, the automobile industry may not admit it openly, but what happens on the track is a sign of things to come for the street; as the pinnacle of motorsport, sets the trend of technology and doctrine for road cars. The purpose of racing is to push man and machine to the limit, and see what new boundaries can be crossed and what great feats of skill and endurance can be surpassed. However, in the quest for speed, car manufacturers have also given birth to a wave of technology that was once designed for their drivers to compete at the top level, no made for the average joe. It’s been a long journey, but going fast on the circuit has ultimately led, to some of that speed and safety featuring in road vehicles making journeys shorter, safer and more enjoyable. 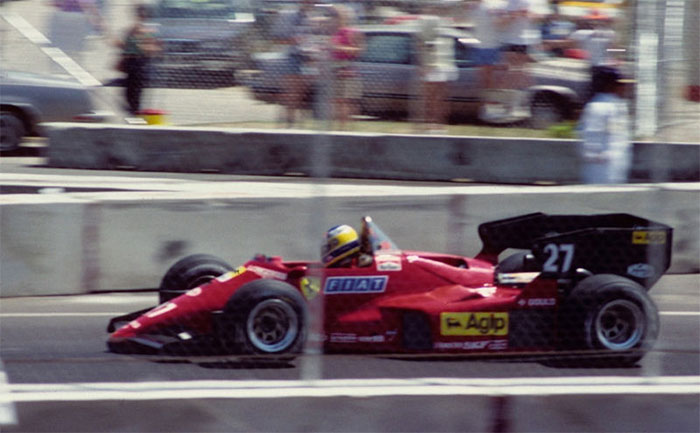 Some people born into loving cars may not have in the turbo era, and those that were, don’t envy your loss. The 1.5-liter V6 turbocharged engines, which powered Formula 1 cars in the 80s was truly something to behold. Manufacturers like Renault, Cosworth, Ferrari, Honda, Porsche, BMW and Alfa Romeo with some others, were all trying to produce the best engine to obliterate the competition. The years of 1985 and 1986 were the golden years, where the technology had reached its plateau. In qualifying the engines were uprated, with higher combustion pressures, a more aggressive direct fuel injection, higher rev-limiter, increased air induction by spinning to the turbo to maximum revolutions and increasing the cool air the intercoolers received. This allowed the engines to produce a staggering 1400 bhp. However, in slow corners the lag was awful, and power delivery was at times unpredictable as the revs shot up producing substantial torque, which caused many accidents. It seemed like the cars could only produce fast times at straighter and open flowing circuits while the intricate turns were lackluster. Grand Prix racing seems to become a series of short bursts, with heavy braking and slow cornering; the flow wasn’t there, and spectators knew it. With rising costs and lap time concerns, the 3.5-liter naturally aspirated engines were introduced in 1989. It took until 2014 for turbo engines in to return to Formula 1. 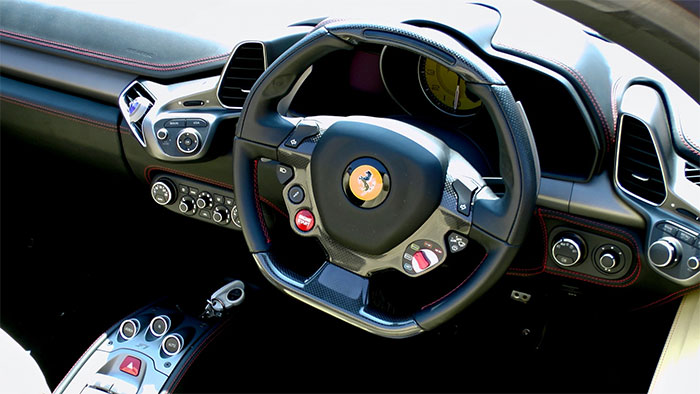 How racers have shaped supercars

With the advent of the howling, screaming, haunting 3.0-liter V10 naturally-aspirated engines in Formula 1995, Ferrari chose to take the lead and began making a 6.3-liter naturally aspirated V12. This engine would go in the now iconic, groundbreaking 2003 Ferrari Enzo supercar which made headlines around the world for its raw performance. It was the first time Ferrari specifically used their formula 1 team to design, research and test the Enzo all throughout its conception. Michael Schumacher, the seven-time world champion, played a crucial role in the birthing of the supercar with particular demand, that the car is able to transition from the road to track day racing. He played a major role in designing the steering wheel which took the buttons that were on the center console and positioned them around the wheel. The indicators, lights, wipers, TCS and engine settings were all moved into the heart of the wheel allowing more space behind the wheel for a closer grip. Since Michael’s hands were used to being positioned perfectly at 3 and 9 o’clock, the wheel was in the shape of a rectangle. 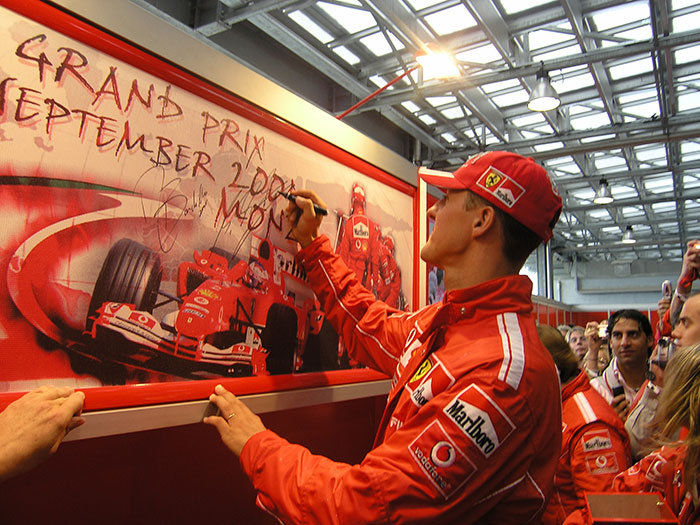 The engine produced around 660 bhp, which for a road car hadn’t been seen since the early 2000s. The result was a mindblowing 0-60 mph time of 3.2 seconds and a monstrous 0-100 mph of just 6.6 seconds. It’s clear to see Schumacher insisted that new customers only drive in TCS mode 1 when on the street, as this would cut the wheelspin down via a computer safety system. The Enzo did away with the traditional gearbox and introduced a linear sequential shift concept. Racing drivers are moving at such pace, that the stick shift has gone in favor for a semi-automatic quick shift design that travels up and down the ratios in a controlled manner one after the other. Therefore as technology progressed, the red baron got his wish and Ferrari implemented it into the Enzo, wish proved to the best choice of the entire car as the track times tumbled and record after record for a production car was broken on the various test circuits around the world. 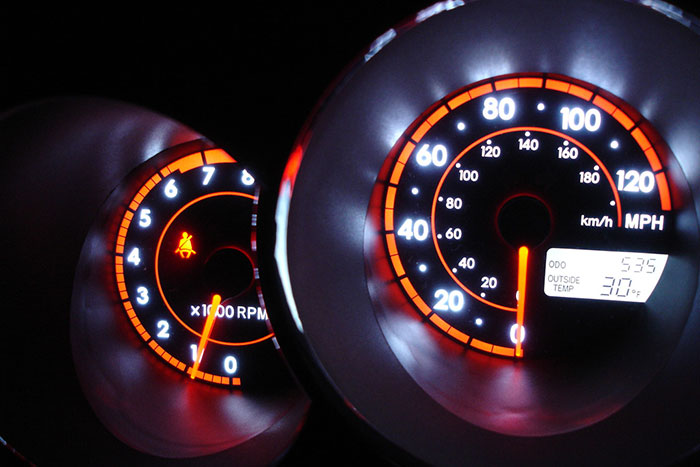 All kind of motorsports now has driver-orientated technology that makes the racer’s job more focused and honed into their task. The speedometer dials have gone in favor for a LED light display, rev-gauge that shows the driver when the limit of revs has been met. The light system can go from green, blue, yellow to red. This helps the driver to know when to change gear as the lights are there to indicate when to upshift and downshift. Gear shifting is done by paddles located behind the steering wheel, in a sequential fashion. Most new cars for the sporting environment have this gearbox technology fitted as standard, because the upshifts are so quick, driving in a high gear to improve fuel economy is much easier. Traction control comes as standard in sports cars, as the powerful engines can spin up the wheels so fast, the car can oversteer and spin out of control if too much throttle is applied at slow speeds. Traction control was introduced in the V10 era in Formula 1 when engines were producing almost 1000 bhp, and this technology has been harnessed to give consumers the thrill of a sports car with increased safety, so there’s a lower risk of fatal accidents and collisions. 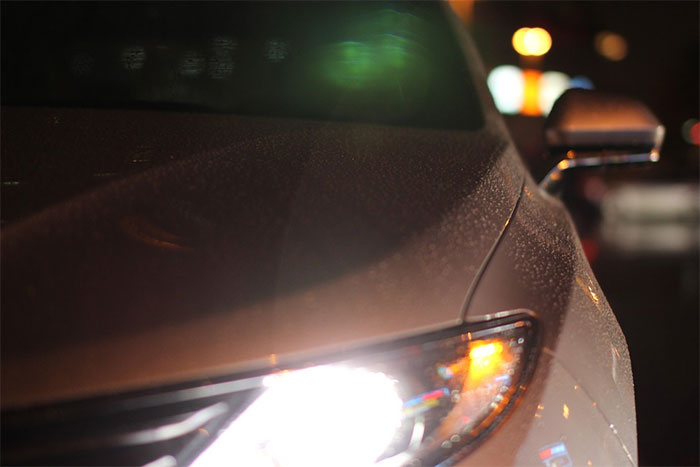 Le Mans racing cars travel at speed beyond 220 mph, which doesn’t afford a lot of reaction time. Endurance racing has always incorporated nighttime as part of the challenge for drivers and manufacturers in keeping their car running and performing to a high standard longer than the competition. Thundering down the rural roads surrounding by trees at night is an incredible feat of driving, but collisions during this time of the race always skyrocketed compared to the day. It wasn’t always the fault of the driver as teams in the Le Mans series have three drivers per car. Each driver does a 3-4 hour stint while the others sleep, eat and recuperate. Manufacturers realized that at those kind of speeds, the headlights only showed what was in front of the car, not at where the car was going to be in as little as half a second. They designed lights which can move in their sockets up to 15 degrees in either direction, while the steering wheel is turned. This technology has been incorporated into vehicles for the road, giving an extra 45 meters of clear vision to the driver while the car is turning. This affords the driver more time to react to an obstacle and stay clear of the edge of a road while cornering on the tight lanes of the countryside. It’s also great for driving around town late at night as cars that are parked close to the edge of a junction can be better avoided. 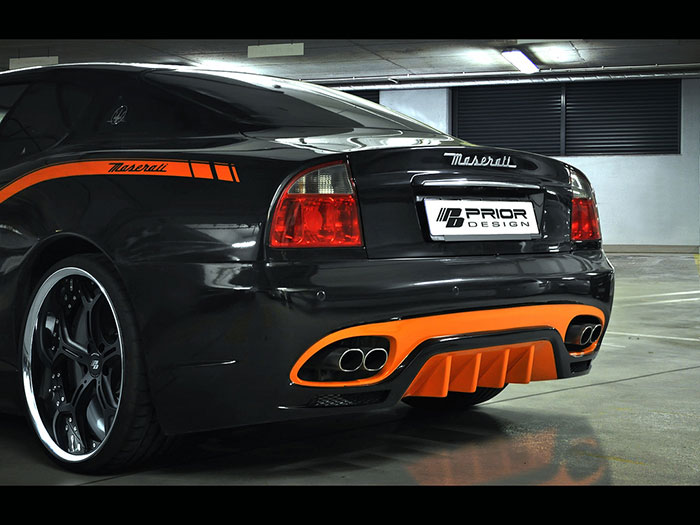 Gluing the car to the road

Aerodynamics play perhaps the most crucial role for racing teams when it comes to on-track performance. The objective is to push the car down with as much force as possible, while at the same time having enough of a slippery profile to accelerate quickly and reach high tops speeds. This is done by the front and rear wings of a racing car, which is purely designed to catch the air, and force all four tyres into the track so high-g cornering can be achieved and sustained for a hot lap time. However, recent trends in motorsport show that pushing the car down with aerodynamic force is, in fact, inferior, to the concept of creating a vacuum underneath the car. A rear diffuser accelerates the velocity of the air flowing around and underneath the car. A rear wing and a diffuser work in tandem to decrease the parasitic drag of the car, but the diffuser uses the air to sweep the beneficial downforce away from the bottom, so a suction in between to the track is created. Nowadays, all modern sports cars have a diffuser in the shape of their design as a standard feature. Although originally designed for rear-wheel drive cars, front wheel drive cars have adopted it too.

Drew Hendricks covers the newest technology and makes it easy to understand. He ghostwrites and creates native advertising for automotive startups as well as major media outlets.