It was one nightmare of a day for the photographer who crashed a Lamborghini Aventador into a super car showroom at Preston, England. The unlucky man was trying to set up the car for a photo shoot outside the showroom. 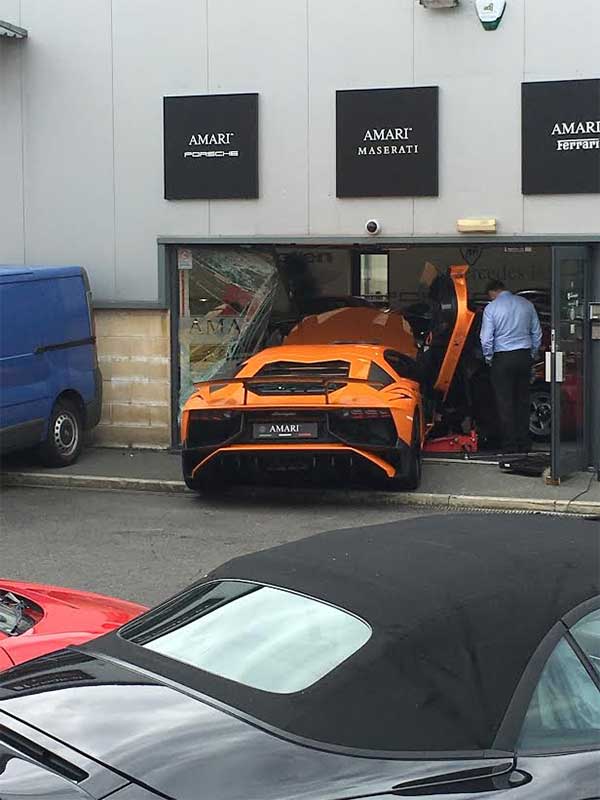 The incident happened outside the Amari Supercars showroom during preparation of a photo shoot for the company. The photographer drove the car through the doors of the showroom damaging two other cars in the process, which are believed to be Ferraris.

According to the eyewitnesses, both driver and the ride seem to be in right state after the incident. Some people saw an ambulance taking away a man burying his face in his hands for what he has done. However, there were no injuries and the ambulance was called in as a precautionary measure. There was a mayhem and mess at the site. Saba Syed, Amari Supercars director, dismissed the crash as a minor incident.

The price of Lamborghini Aventador starts at $400,000 and it should be handled with care as it can race from 0 to 60 mph in only 2.9 seconds. Unfortunately, the poor chap learned about it the hard way.