What is the Fastest Car in the World?

We even included the claimed top speeds, as we believe when Hennessey says its Venom F5 can hit 301 mph, they are not exaggerating.

When it comes to fast tuned engines, Hennessey Performance Engineering is perhaps the best in the world. Its own creation, the Venom GT remained the fastest car in the world for a long time (though unofficially). Hennessey did not stop there and now they have introduced the Venom F5, which claims to hit 301 mph. To achieve this speed, the car would need a very powerful engine and light chassis. The company used 2,950 pounds carbon fiber chassis and a 7.4-liter, twin-turbo V8 engine to achieve the power of 1,600 horses. The aerodynamically efficient hypercar could go from 0 to 240 to 0 mph in less than 30 seconds. As said earlier, it is a claimed top speed, which means Hennessey did not try it yet. Therefore, the Koenigsegg Agera RS remains the fastest car in the world.

Shelby SuperCars (SSC) is not new to the fast car’s world. Its Ultimate Aero held the top-speed record for a short time when it achieved 256 mph in 2007. The automaker wanted to make it better with the successor of the Ultimate Aero (Tuatara) and has been working on it for a long time. It looks we do not have to wait anymore as SSC Tuatara is being developed as we speak. The deliveries will start at the start of the next year. 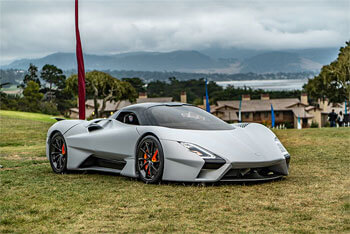 Talking about this fastest car in the world, SSC claims the Tuatara will hit 300 mph with its 5.9L supercharged V8. SSC created this engine in-house and declared it can generate 1,750 horsepower on E85 Ethanol. On the other hand, running the engine on 91-octane gasoline will enable it to pump out 1,350 horsepower. The supercar will use a seven-speed automated transmission to Bugatti Chirondeliver power to the rear wheels. SSC worked hard to make it as lightweight as possible weighing at 2,750 pounds. The automaker even asserts that their creation is even better than the Hennessey Venom F5, Bugatti Chiron, and Koenigsegg Agera, thank to the drag coefficient of 0.27. The automaker will develop only 100 units at its plant in West Richland, Washington. We have to wait and watch which one wins the race of the fastest car in the world. 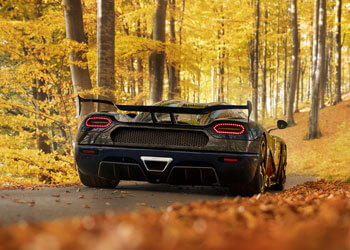 As described earlier, the official fastest car in the world is Koenigsegg Agera RS. Yes, you are seeing it on the 3rd spot in the list only because we believe the Venom F5 has the potential to beat it. That said, no one could brag the rights the Agera RS claims because it has registered itself in the Guinness Book of world record. To attempt this record, the automaker requested the Nevada Department of Transportation to provide them 11-mile stretch of Route 160 between Las Vegas and Pahrump. The hypercar holds Koenigsegg twin turbo aluminum 5.0L V8 engine that generates a mighty 1,160 horsepower assisted by a 7-speed paddle-shift with auto-shift transmission. During the record attempt, the hypercar hit 284.55 mph in one direction. During the run to the opposite direction, it could manage only 271.19 mph and that concludes the average speed at 277.9 mph.

For a long time, the Bugatti Veyron Super Sport remained the fastest car in the world. One reason was, it was really the best an automaker had ever produced, the other was the Hennessey Venom GT did not attempt the run in the opposite direction after breaking Veyron’s record at the Kennedy Space Center in 2014. The Venom GT achieved 270.4 mph but could not register its name in the record’s books. Apart from not attempting the run in both directions, some experts believe the Venom GT is not a production car because it was handbuilt. However, what it achieved in 2014 was truly mind-blowing. 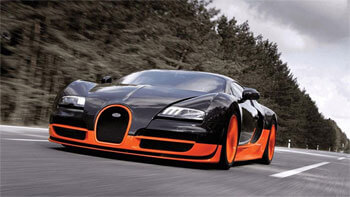 The Volkswagen Group bought Bugatti with one thing in mind; they wanted to create the fastest car in the world and they did that when they produced $1.7 million Bugatti Veyron. That was truly the most impressive supercar the world had ever seen. It was carrying a quad-turbocharged W16 engine producing 1,000 hp. The supercar was the fastest until the SSC Ultimate Aero came and dethroned it. To get ahead of the game, Bugatti produced Super Sport and here they bumped the horsepower to 1,200 and made the car more efficient aerodynamically. Bugatti attempted the top speed record at Volkswagen’s Ehra-Lessein test track with the Veyron Super Sport and achieved 268 mph average speed. Guinness put its name on their book as the world’s second fastest production car. The Veyron Grand Sport Vitesse also attempted the top speed record and achieved 254 mph to become the world’s fastest open-top car.

The Bugatti Chiron improves upon the Veyron in every way giving us more power, highest luxury, and better performance. Named after French racing driver Louis Chiron, it retains an improved 8.0L 16-cylinder quad turbo engine generating a monstrous 1,500 horsepower. Bugatti capped the top speed at 261 mph for all the production cars. Once removed, it might hit the dream figure of 300 mph. That said, Bugatti even did not hit the racetrack to confirm its stated 261 mph speed. The supercar provides the highest level of luxury through the magnificent leather interior, decadent sound system, and high-resolution digital displays. The best thing about it is the low learning curve to operate the supercar. Anyone with a little to no knowledge of supercars can operate it. Bugatti plans to build only 500 examples each costing around $3 million. 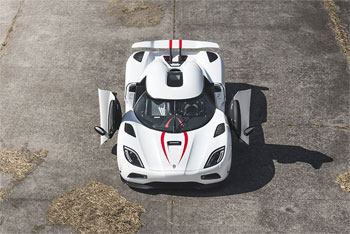 The 9ff GT9 is a modified car based on the Porsche 911, created by 9ff, a German tuning company. The company created different models housing different engines to rival the likes of Veyron. The 9ff GT9-R was introduced in 2008 carrying a 4.0L twin-turbocharged flat-6 engine. The engine creates a whopping 1,120 horsepower which could take the super car to achieve a top speed of 260 mph. Unfortunately, the car never tested its muscles on the track, therefore, a very few know about it. The tuner only created 20 models with performance figures of 0–100 km/h (62 mph) in 2.9s and 0–300 km/h (190 mph) in under 16s.

I believe a very few would have heard the name of SSC Ultimate Aero that broke the record of Veyron by hitting 256 mph in 2007. It became the fastest car in the world for a brief period because Bugatti improved the Veyron and brought the Super Sport. The Ultimate Aero houses a 6.3L twin turbo V8 that yields 1,287 horsepower. The supercar is not very easy to drive for novices, as it does not have electronic driver aids to assist in handling.

Built in collaboration with Red Bull Racing, the Aston Martin Valkyrie is currently under development and hopefully will hit the roads next year. The F1 inspired supercar has a mid-mounted, 6.5L V12 engine good for 900 horsepower. However, that is not all. The engine is assisted by an electric motor which can take the total power to 1,130 hp. Aston Martin claims it can hit 250 mph with this power. Will it be up to the expectations? Only the time will tell. 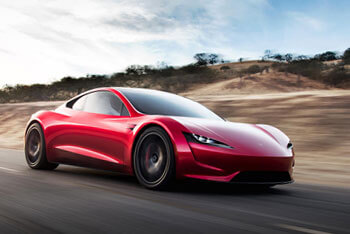 While the first generation Tesla Roadster was introduced to just make an entry in the sports car world, the second generation came with a bang beating all the EV models in the world in terms of performance. Tesla claims it can hit 60 mph in just 1.9 seconds on its way to the top speed of 250 mph. We are still waiting for the official figures but some independent tests show the Roadster could be even faster thanks to the 200kWh battery, which takes the performance to the new level. The battery pack is double the size of what Model X and Model S get. Tesla also claims it will deliver 620 miles of range, which is unbelievably very high compared to other EVs in the market.

Previous PostWhat Is Market Value for Your Car and How Is It Determined? Next Post6 Best Modifications to Boost Your Car’s Performance

Get Your Car Cashed Conveniently

What Steel is Used for Cars