‘While this car is a concept, it points toward a very real future.’ This was what Tetsuo Iwamura, President and CEO of American Honda Motor Co., Inc. said at the unveiling of the Honda FCEV Concept at the Los Angeles Motor Show. This was the first look that consumers and other automakers got at the upcoming fuel-cell electric vehicle that Honda has planned to launch in the US and Japan in 2015, with Europe following suit sometime later. 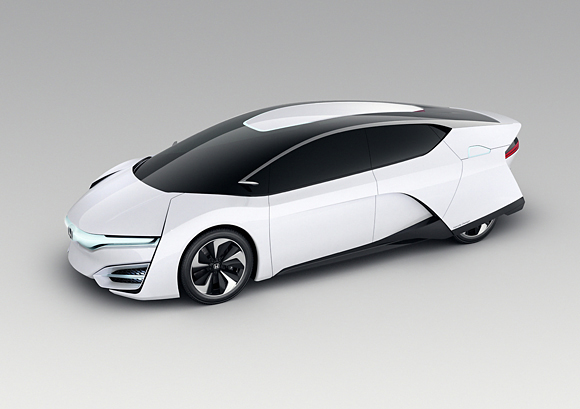 However, it is the technical under-the-hood trivia that sets it apart. The FCEV boasts a range of more than 300 miles, made possible by a 100kW hydrogen fuel cell stack that has a power density of 3kW/L. This is 60-percent higher than it was before while the stack in the FCX Clarity is 33-percent larger. The car also boasts the world’s first fuel-cell powertrain that has been completely held in the engine bay, rather than below the floor of the car.