We’ve come a long way in terms of how we move around today. From horse-drawn carriages to the first car ever built by Karl Benz and all the various vehicles we have today for transport.

While the fundamental purpose of these vehicles remains the same, i.e., getting from one place to another quickly and easily, a lot has changed. We not only want to get somewhere faster, but we want it to be inexpensive and environmentally safe; and to make this possible, we’ve created hybrid and electric cars.

Electric cars, also known as Electric Vehicles (EV), are like standard cars but instead of running on gasoline or diesel, they use electric motors to drive the car. The electric motor is charged through electricity stored in batteries that have to be plugged in to be recharged.

Hybrid cars are also similar to electric vehicles; the only difference is that instead of using an electricity-powered engine or purely a petrol-powered engine, they use a combination of both to propel the car. Hence, the name hybrid.

Then there’s the mild hybrid which uses both sources together to run the car. And lastly, the plug-in hybrid, like the Chevrolet Volt, which, as you can tell by the name, can be plugged in to charge the electric motor to drive the car.

You have probably been hearing about these a lot and now that you know what they are, you must be thinking of just selling your old car at any place that claims we buy any car like this car buying company, and getting a new electric car.

While both of them have their pros and cons, here are a few reasons why you should go for a hybrid car over an electric one.

Hybrids can easily be driven for miles as they use both energy sources. Which means any time the car runs out of gas or electric power, you can simply get a gas refill at the nearest station and either drive on that or use that gas to charge up the electric battery, depending on the type of hybrid you have.

On the other hand, this is one of the main drawbacks of an electric car. Since it runs on electricity which is stored in batteries, drivers have to constantly be mindful of how far they’ve driven and how much charge is left.

And as this is a relatively new concept, there aren’t that many places where you can recharge the battery like you can fill up a gas tank at a pump. So, at the moment, electric cars don’t have the capacity or feasibility for long range drives and won’t be practical for everybody.

Hybrid cars can quickly get refills because of their petrol or diesel-based engines. It takes as much time as it does to fill up a regular car, which is hardly any time at all.

Electric cars, however, take time to get fully charged. Although different models use different battery sizes, normally it takes a couple of hours to get them to full charge and ready for use. And that too only at places where you have its specific charging socket, so probably not that many places.

Electric cars are usually priced at almost 70% higher than regular car prices, whereas, hybrids usually only cost 20% more. The big difference is because electric cars are quite expensive to manufacture, for example, just the lithium-ion batteries in the car account for one-third of the total cost.

Although electric vehicles are still in their early stages; with time and more technological development, manufacturers may be able to bring these costs down in the future. Furthermore, as hybrid cars get more popular, their resale value also goes higher.

As mentioned previously, electric cars have a high manufacturing cost, and when something is expensive to make, it is usually expensive to maintain too. Accordingly, electric car parts can be quite costly to repair or replace. Even though there is a lot of fuel saving, it’s still not enough to cover the strain on the wallet.

In case you’ve already bought an electric vehicle and are now regretting it after reading all this, no need to fret. Electric vehicles have their advantages such as, they’re quite easy to drive; they’re very environmentally friendly as they emit no harmful gas that causes pollution; they use energy very efficiently which also reduces their fuel or charging cost. Otherwise, for more inspiration, take a look at this list of best hybrids of 2018.

All in all, it’s pretty clear that both kinds of vehicles have their own tradeoffs. If one is cheaper, the other is more efficient; and if one is more feasible, the other is safer. It comes down to everyone’s own preferences and circumstances.

Whether they need a car for long drives or short drives, what are the petrol or diesel prices currently, what tax breaks and other incentives are offered by the government, what is the current level of pollution in your environment, etc. All these things have to be considered before making a final decision. 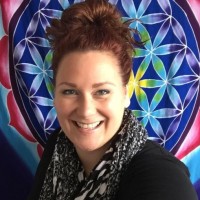 Michelle Joe
View More Posts
Michelle Joe is a blogger by choice. She loves to discover the world around her. She likes to share her discoveries, experiences, and express herself through her blogs. You can find heron twitter: @michellejoe524