What You Need to Know About Private Number Plates

A private number plate is a great way to make your car more personal to you. Most of us these days are driving a car that a lot of others have on the road, therefore, you need to do something special to stand out from the crowd.

There are certain rules and regulations you must follow when it comes to buying a private plate, however that doesn’t mean you can’t be creative. There is a vast amount of number plates out there, with different number and letter combinations that will resemble what you’re looking for. If you’re interested in purchasing a private number plate, there are some things you should know first: 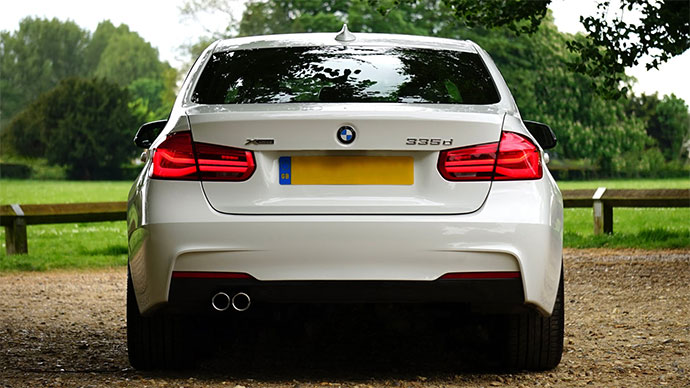 What is a private number plate?

Not entirely sure what a private number plate is? Well a private plate is exactly the same as a normal registration plate on a vehicle, except it has been customised in a specific way. You can put together certain combinations of letters and numbers to resemble words, names, phrases etc. to make the number plate stand out.

Where can I buy a private number plate?

There are a few different options of where to buy a private number plate, the first is through the DVLA. You can look online on the DVLA website to find a suitable number plate, or you can visit one of their auctions where some number plates fetch a bit of money!

If you are looking for a deal then you can also try going to private companies. There are several online websites that offer great deals on second hand private number plates. You can also sell you private plate on these sites if you are looking to get rid of yours or make some cash.

Finally, you can look for private parties to buy your number plate from. Private sellers will post classified ads in newspapers and on buy & sell websites, you be sure to check here too.

How much does a private plate cost?

Buying a private number plate does come at a cost, and it can be an expensive one. The price of the plate depends on how rare and desirable it is. The most expensive plates have been sold at auction for hundreds of thousands of pounds, however on the other end of the spectrum, you can pick up a private plate for a few hundred pounds.

The fewer characters a plate has the more expensive it is, so if you want to be cost effective you should stick to having more digits, like a typical number plate. According to Number1Plates, private plates also make good investments over time, especially if you pick something particularly rare. I think it would be a great addition after this paragraph.

In the UK, there are four different types of registration plates, current, prefix, suffix and dateless…

This is the style of registration plate that is used now in the UK. It is made up seven characters, the first two letters specify the region that the vehicle was registered and the two numbers proceeding highlight the vehicle’s age. The last three characters are completely random to ensure that no two plates are the same.

The prefix style was used previous to the current and used letters instead of numbers to determine the vehicle’s age. The first letter specifies the age of the vehicle and this is followed by one to three numbers and then three letters to end.

With a suffix style plate, the last letters are the ones that specify the vehicle’s age. The suffix plate usually begins with three letters, followed by three numbers and then the letter at the end to show the age.

The dateless plates are the oldest of the four and were used before 1963. These plates are made up of a combination of four letters and three numbers. These plates do not reveal a specific age, and because of the rarity of them they are usually the most expensive to buy.

If you are looking to buy a private number plate, there are certain regulations you must follow:

Now you know the ins and outs of private number plates you’ve got all of the information you need to make a decision on if a personalised number plate is the right thing for you.