Barrie, Ontario – A Tesla model S was found taking off from an inclined road strip leading to a railway track, ending up into a parking lot of an elementary school. According to local media sources, the incident took place because of the high speed rate, which caused the car to cover a 100 feet distance in the opposing lane before the ultimate crash. The entire action was recorded in the security cameras installed at the spot. 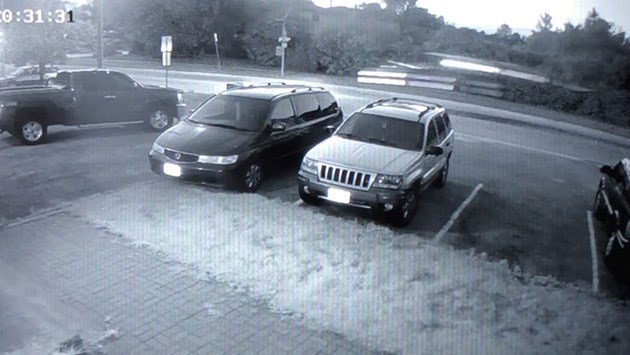 The unfortunate vehicle carried a 46 year old driver and a passenger. Luckily, none of them got seriously injured and were treated for their minor injuries. The police has arrested the driver for his misadventure who will be facing the court in the coming October. There might be some appreciation for this airborne action among the masses, but the Barrie police has tried their best to discourage this irresponsible act with the help of twitter.

In their tweet, the police has warned the public that such “cool” driving skills may not get them a perfect landing but will surely put many precious life on massive risk. The actions taken by local law enforcing agencies worth considerable appreciation as not only they arrested the driver, but also took serious measures to educate the people. These crazy drivers are found all over the world showing off their “skills” by putting worthy lives in an enormous danger. The authorities should not only take some preventive actions against such “speedy dudes” but also demoralize them in the society.