McLaren Sports Series was announced last month as fourth model in the McLaren road cars. Previously codenamed as ‘P13’, this car is positioned above McLaren 12C and below McLaren 650S. Inspired by the McLaren P1 and 650S, the McLaren Sports Series will encompass Formula 1 technologies. This will allow the company to enter a new segment and give some competition to Porsche 911, Aston Martin V12 Vantage and Ferrari California T. 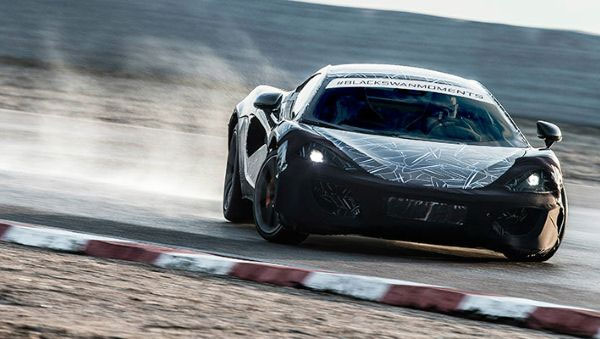 As the Sports Series is closely related to McLaren 650S, it is likely to receive the same 3.8 liter V8 engine with seven-speed SSG dual-clutch transmission.

McLaren has confirmed that the new Sports Series will be launched in the second quarter of 2015. It is expected to make its world premiere at the 2015 Geneva Motor Show. Moreover, this car will be introduced with a game-changing launch campaign called Black Swan Moments.

In Black Swan Moments campaign, the automaker will release 13 stories that have shaped the history of McLaren. Five of these stories have already been revealed, which include Bruce McLaren’s Racing Debut, World Wide Web, The Mini Skirt, MP4/1 and McLaren M6GT. All of the rest will be released soon before the launch of vehicle.

Although the final price is not yet known, the new Sports Series is expected to cost around $200,000.