Ford is one of many vehicle manufacturers that build van-derived cars. Its latest incarnation is the Tourneo Connect. The eagle-eyed among you will have spotted that it’s a passenger car based on the Transit Connect panel van.

Once upon a time, cars that looked like vans felt like vans. The good news is that, in 2015, they feel like cars. They no longer feel like cavernous empty shells on wheels with mediocre equipment.

Are you thinking of buying a practical people carrier? Do you want something that doesn’t behave like its commercial vehicle counterpart? If so, here’s why you might wish to consider the Ford Tourneo Connect: 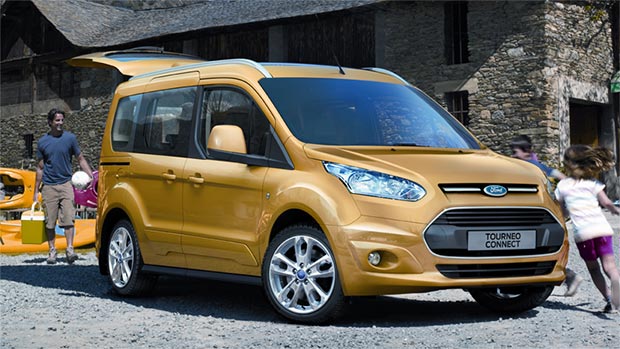 When we first wrote about the Tourneo Connect we mentioned that there are four power plants available for the model. But which ones might suit you the most?

The two petrol engines are small yet good on power and fuel economy. That’s because they make use of Ford’s EcoBoost engine technology. The first is a 1.0-litre three-cylinder unit that offers 98 brake horsepower and combined fuel economy of 50 mpg.

I took one out for a test drive from TC Harrison Ford last week, and it’s surprisingly responsive on the road! Even in the heavier Ford Focus the 1.0 EcoBoost is a brilliant performer. The second is a 1.6-litre engine with lower fuel economy (35 mpg) but higher performance at 147 brake horsepower.

If you’re a tall person, you’ll not have to worry about bashing your head against the door frame or the roof of this vehicle! Another thing I like about the current generation Tourneo Connect is it looks very little like a van. Ford have taken steps to make this model stylish and appealing.

Take a Tourneo Connect out for a test drive, and I can guarantee you that it will offer you a comfortable and stable ride. It doesn’t matter how fast you go; the car grips to the road in all conditions – even when cornering.

One thing that will shock first-time drivers of the Tourneo Connect is how it feels just like a car to drive. Of course, that’s because it is a car and not a van! I found it a pleasure to drive on the road. So if you’re worried that it’ll feel like driving a van, you need not worry.

If you’re after a capable people carrier, you should add this vehicle to your shortlist. In fact, I think you’ll find it a delight to drive and end up buying one!