Because of today’s tough economic climate, more people are hesitant when it comes to spending money on new cars. In fact, most will just “live” with the cars they’ve got unless a major repair bill forces their hand.

But one car manufacturer is hoping to change the way we think about new cars. And, most importantly, make it cheaper for us to upgrade. Dacia is a subsidiary of Renault. And they’ve had a brand refresh quite recently. 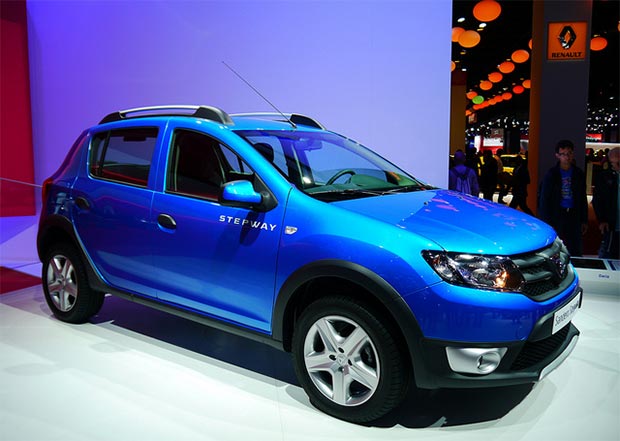 Their mission is to offer good quality cars at prices low enough to raise more than a few eyebrows in the automotive industry. One model in particular that they feel will sell like hot cakes is the Dacia Sandero Stepway.

It’s a crossover mini SUV, and the latest generation model first made its debut at the Geneva Motor Show back in 2012. The UK is one of the biggest markets for Dacia, and the car starts from £8,395 ($12,600). As you can imagine, that’s a hell of a low price for such a lot of car! But what do you get with this vehicle?

Some people might think that the engine is perhaps an optional extra on this car, given the price! But it turns out that you get quite a lot of bang for your buck, so to speak! Here’s why:

With a vehicle that weighs just a tad over a tonne, you won’t need a behemoth of an engine to power it. The Dacia Sandero Stepway comes with a choice of two engines – one petrol, one diesel.

The petrol option is powered by a 0.9-litre turbocharged unit that offers 88 brake horsepower. It has low CO2 emissions of 124 g/km and can do up to 52 mpg. Perfect for the cost-conscious motorist!

For this review, I took out the diesel model for a test drive from the Carco Group, and I can see why this option is proving a better bet for most buyers. Like the petrol unit, it has 88 horses under the bonnet. But the 1.5 dCi diesel unit can do an impressive 70 mpg combined!

If you only spend most of your road journeys in your local area, you’ll probably only need to buy diesel once a month! The diesel engine has lower emissions at 105 g/km. Both engines are mated to a five-speed manual transmission. Dacia does not offer automatic gearboxes as options on any of their models.

Let’s be clear about this: the Sandero Stepway is not a car built for speed! It’s a vehicle designed for folks that need a practical car that can tackle town, city and motorway driving. If you want something with plenty of poke, you’ll need to set your sights higher.

Dacia caters for the budget end of the car market. That means you won’t find the latest gadgets and toys in their cars. But it does come with some useful features as standard. For example, the Ambiance model has electric front windows and a radio/CD player.

The top spec “Laureate” comes with air conditioning, heated door mirrors and an infotainment system. The latter comprises of satellite navigation and Bluetooth. You also get rear parking sensors and cruise control on the highest trim level.

If you want a cheap and capable car, and you care not about speed, the Dacia Sandero Stepway is for you. Go for the Laureate model if you’re used to your creature comforts.