If you have a car that’s on the newer side, it doesn’t have a carburetor in it. As a result, you won’t have to worry about dealing with any car problems related to a carburetor.

But if you have a car that’s been around for a while now, you might face carburetor issues at some point. You might even find yourself in a situation where your carburetor is beginning to fail on you.

So, what is a carburetor? Well, it’s an important device found in older cars that are used to send the right amount of air and fuel to the engine.

The average carburetor will last for a long time. But eventually, all carburetors will fail and cause car issues. 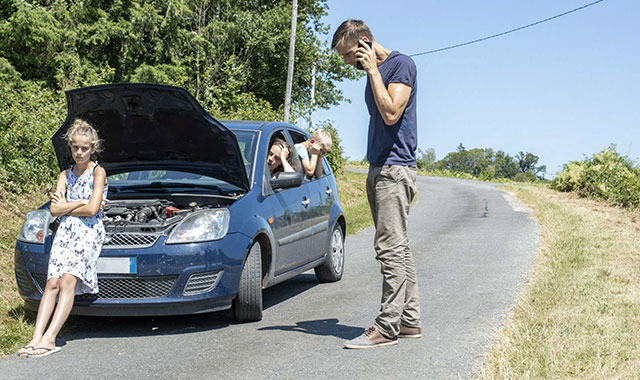 Here are some of the telltale signs that’ll let you know that your car carburetor is failing on you.

Your car’s engine is obviously the most important part of it. If it’s not performing up to its usual standard, it could lead to inevitable car problems. In order for your engine to work like it’s supposed to, your carburetor will need to be in good condition. Otherwise, a failing carburetor can result in sluggish engine performance, including a lack of power and acceleration.

If your engine ever seems “off” to you, you might want to have your carburetor inspected if your car has one. It could be to blame for the car issues you’re experiencing.

When your carburetor is on the verge of conking out on you, it’ll begin to send the wrong air-fuel mixture to your engine. It could lead to your car backfiring on you if too much air makes it to your engine.

Outside of the fact that your car backfiring on you is going to scare the living daylights out of you, it’s also going to make it pretty much impossible to drive it normally. You’ll want to have your car and, more specifically, your carburetor checked out ASAP.

In addition to backfiring on you, you might also find that your car will begin to overheat on a regular basis when the air-fuel mixture in your engine is off. If your engine is starved of the fuel that it needs, it’ll be forced to work so much harder than it should have to.

Once your engine begins to work this hard, it’s going to start to overheat on you. This could put you in a position where your engine is going to literally start to burn up on you if you aren’t careful.

Every so often, you should sneak a peek at the smoke that is coming out of your exhaust system. If that smoke is ever black, you should pull over right away and shut your car off.

Black smoke coming out of your exhaust is a clear sign that there is something wrong with your car. Oftentimes, it’ll mean that your engine is burning through more fuel than it should and sending black smoke through your exhaust system because of it.

There are a whole handful of things that might cause your car not to start. Everything from a dead battery to a bad starter could be to blame for this particular car problem.

But if you have a carburetor in your car, that could also be what’s causing your car not to start. If the air-fuel mixture in your engine isn’t just right, you might not be able to get your car going.

It can be difficult to diagnose the exact issue with a car that won’t start. But if you take a look at other parts and find that they’re not in bad condition, you shouldn’t be shy about checking out your carburetor to see if it might be failing.

If your car’s engine is stalling right now, it might be because:

But it might also be because you don’t have an adequate air-fuel mixture in your car due to carburetor problems. Your engine won’t be getting the fuel that it needs to continue running at all times. Driving around in a car that stalls aren’t going to be convenient. More importantly, it isn’t going to be safe. It’s why you should try to get to the bottom of the issue as soon as you can.

Gas prices have skyrocketed over the last year. It has forced many people to keep a close eye on their fuel economy. If you’re not happy with your car’s fuel economy at the moment, you should attempt to do something about it. And that might mean having your carburetor looked at to see if it could be the issue at hand. A failing carburetor is going to have a detrimental impact on your fuel economy. You can reverse this by having a new carburetor put into place.

A Failing Carburetor Can Lead to Serious Car Problems

Since carburetors aren’t used in cars anymore, you might be under the impression that they couldn’t possibly be that important. But as you’ve seen here, they are essential to the operation of older cars.

You need to monitor the condition of your carburetor if you have one in your car to avoid car problems. You should seek car repair services right away if you ever suspect your carburetor might be about to give out on you.

Browse through the rest of our blog to read more auto repair articles!